Entrepreneurs, Economic Growth, and the Enlightenment 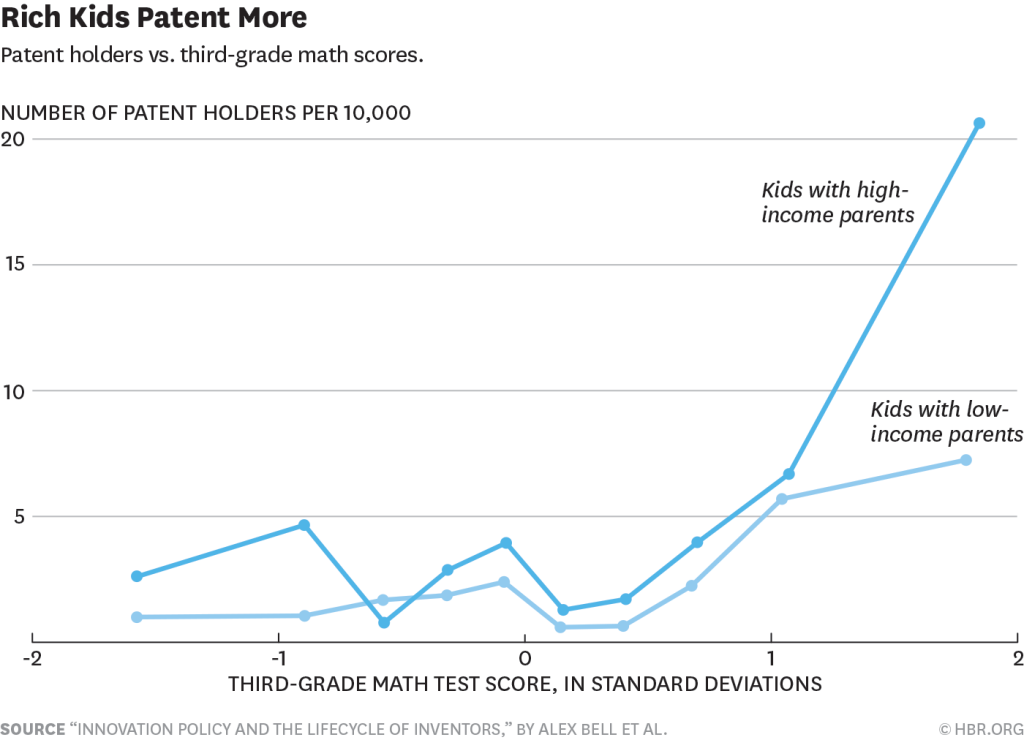 08 May Entrepreneurs, Economic Growth, and the Enlightenment

Posted at 10:25h in Uncategorized by adminstage
0 Likes

Diderot’s Encyclopedie, best known as an eighteenth-century repository of Enlightenment principles, might also serve as an interesting lens into what makes economies grow.

The Encylcopedie was a project spearheaded by Denis Diderot, published in 28 volumes between 1751 and 1772. It aimed to gather all the knowledge in the world, and, with 71,818 articles and more than 3,000 illustrations, it was a valiant effort. While the Encyclopedie (or, more properly, Encyclopédie, ou dictionnaire raisonné des sciences, des arts et des métiers [Encyclopedia, or a Systematic Dictionary of the Sciences, Arts, and Crafts]) is justly famous for containing essays by the likes of Rousseau, Montesquieu, and Voltaire, and promoting values like secularism, reason, and toleration, it’s the sciences et métiers – the mechanical arts piece – that interests us here.

In a new paper that will be published in the Quarterly Journal of Economics, two economists – Mara Squicciarini from the University of Leuven and Nico Voigtlander from UCLA’s Anderson School of Management – argue, “Subscriber density to the Encyclopedie is an important predictor of city growth after the onset of industrialization in any given city in mid-18th century France.” That is, if you had a lot of smarty pants interested in the mechanical arts in your city in the late 18th century (as revealed by their propensity to subscribe to the Encyclopedie), you were much more likely to grow faster later on. Those early adopters of technology – let’s call them entrepreneurs, or maybe even founders – helped drive overall economic vitality. Other measures like literacy rates, by contrast, did not predict future growth.

Why? The authors hypothesize that these early adopters used their newly acquired knowledge to build technologically based businesses that drove regional prosperity. If that’s true, then “upper tail knowledge,” as the authors put it —knowledge of new technology, from chemistry to engine building — in the hands of highly talented people who could do something with it may be a major factor in creating prosperity, one distinct from a society’s overall level of education.

This argument does have precedent. Enrico Moretti and Dan Wilson, two economists, have written about the influence of star scientists on highly productive tech industries, and Dan Stengler, the head of research at the entrepreneurially focused Kauffman Foundation, has argued for the disproportionate impact of a small number of “gazelle” startups on economic growth. (For the classic economics paper on the role of technology on growth, see Paul Romer’s 1990 article “Endogenous Technological Growth” or read David Warsh’s terrific book, Knowledge and the Wealth of Nations.)

Joel Mokyr, a doyen of economic history writing in Science (where I first saw mention of the QJE paper), draws out one contemporary lesson from the example of the Encyclopedie. Mokyr writes, “For economies that are at the technological frontier, investing in the education of the best and the brightest may be as important as raising the mean of the entire distribution. For the rest of the world, which imitates and adopts rather than invents, investing in mass education is still the best strategy for economic growth.” For advanced economies, like that of the United States, “upper-tail skills – even if confined to a small elite – are crucial, fostering growth via the innovation and diffusion of modern technology.” For us today, “upper-tail” education isn’t a PhD in English lit (not that there’s anything wrong with that), it’s the kind of knowledge you need to create Tesla.

But “elite” is a tricky word, so let’s be careful to define our terms. In this case, the elite are not the rich or the one percent or the stars of stage and screen. In the historical context, it was those with the interest in and capacity to use the scientific and mechanical ideas in the Encyclopedie. It was they who set the groundwork for growth in the coming industrial era. While they may also have been rich, that wasn’t the point.

What Squicciarini and Voigtlander’s paper is capturing isn’t the importance of social elites per se (in fact, it would probably be better to jettison that word altogether for the confusion it can create); it’s the importance of scientific and technical knowledge, and its effective application. But the ability to understand and use those ideas isn’t confined to just the top of the socioeconomic ladder. Talent is spread evenly throughout the population. People who could make important breakthroughs in applying scientific and technical insight are as likely to be born into families at the lower end of the socioeconomic spectrum as among those at the upper end.

Which is a problem for Americans in particular, because the United States does a terrible job of educating smart but poor kids.

Consider a paper presented at the Summer Session of the National Bureau of Economic Research by Raj Chetty, Bloomberg Professor of Economics at Harvard University, “Innovation Policy and the Lifecycle of Inventors.” (The presentation was a preliminary version of research that Chetty has done with other researchers at Harvard, the Office of Tax Analysis, and the LSE; the slides are no longer available on the web, but the researchers will release a new version in a few weeks.) In it, Chetty and colleagues explore the relationship between the propensity to file a patent and socioeconomic status by linking millions of individual tax records to around 1.5 million patent filings, which allows them to “characterize the lives of inventors.” (No one is suggesting that filing a patent is the equivalent of being Elon Musk, but it’s at least directional.)

Perhaps unsurprisingly, children of low-income parents are far less likely to file patents than are children of the well-to-do. But what surprised me was the size of the gap that the researchers found, especially among the kids who were best at math. Third graders who do poorly on the standardized tests and those who do average to slightly above average pretty much patent at about the same rate, rich or poor. But among those third graders who scored two standard deviations above average on their math scores – that is, eight and nine year olds who were pretty darn good at math – those with high income parents were three to four times more likely to file a patent later in life than were those with low income parents (around 22.5 patents filed per 10,000 people versus around 6 per 10,000).

This innovation gap represents not just another instance of inequality of opportunity and outcome, as many have rightly noted, but also an insane amount of social loss. By not properly educating those people – rich or poor – who have the greatest propensity to understand and use technical knowledge of the kind similar to that which helped spur and spread industrialization in 19th century France, we may be slowing our future economic growth even more than we think. How many Tesla’s are we smothering by not focusing on young kids with a potential talent for STEM?

It also worth noting that poor kids who are good at math patent more than rich ones who aren’t. As a consequence, it can sometimes look like we’re in a meritocracy, since we can point to disadvantaged kids who make good. But that analysis ignores the counterfactual: that poor kid should really have patented so much more.

If we do want future growth, we should be focusing on young, smart kids and giving them access to whatever kind of knowledge and support they need. Make them subscribers, as it were, to our own Encyclopedie — which might include technical knowledge but also the right mindset, call it what you will: “maker,” “hacker,” “practical and creative.”

Of course, innovation policy and education have to focus on more than just smart people. Even if those with upper tail knowledge have disproportionate influence on productivity tech, it’s not the whole story. Productivity of new tech is “unlocked” over time during adoption process. (See this HBR post by Jim Bessen, for instance, on the diffusion of technological know-how). We can’t exactly abandon the educational goals that support diffusion (and, incidentally, a properly functioning democratic republic).

But it does imply that our current system is simply not going to help foster tomorrow’s explosive growth.  If you take seriously the economic contributions of great entrepreneurs (and the evidence from the Encyclopedie and elsewhere suggests we have to), you have to grapple with the toll inequality takes on so many peoples’ ability to become one.

FROM: Entrepreneurs, Economic Growth, and the Enlightenment

SOURCE: “Innovation Policy and the Lifecycle of Inventors”, by Alex Bell ET AL.