Excited About New Leaders in Europe – The Hellenic Initiative Interview 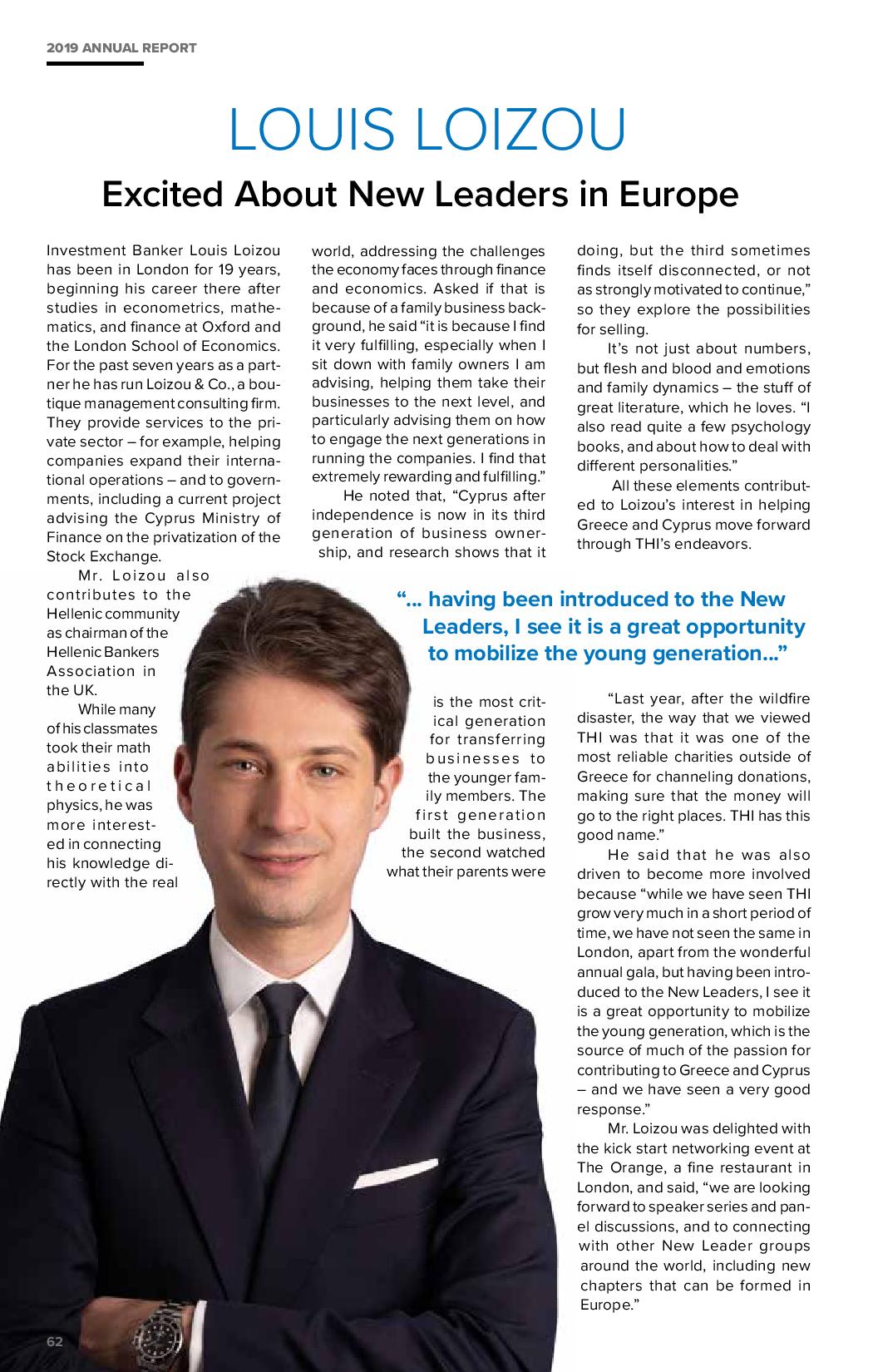 Posted at 11:55h in Louis Loizou by adminstage
0 Likes 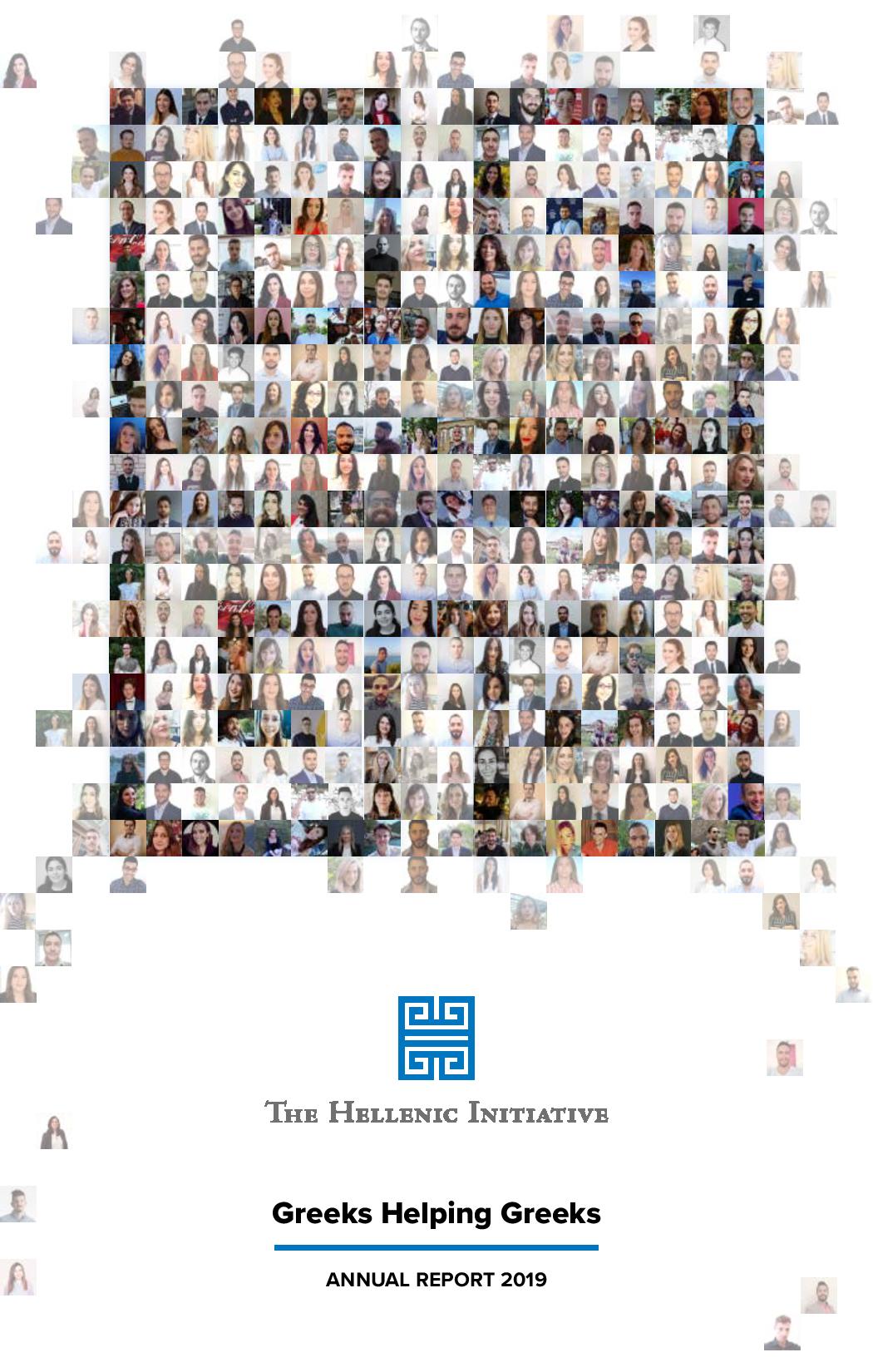 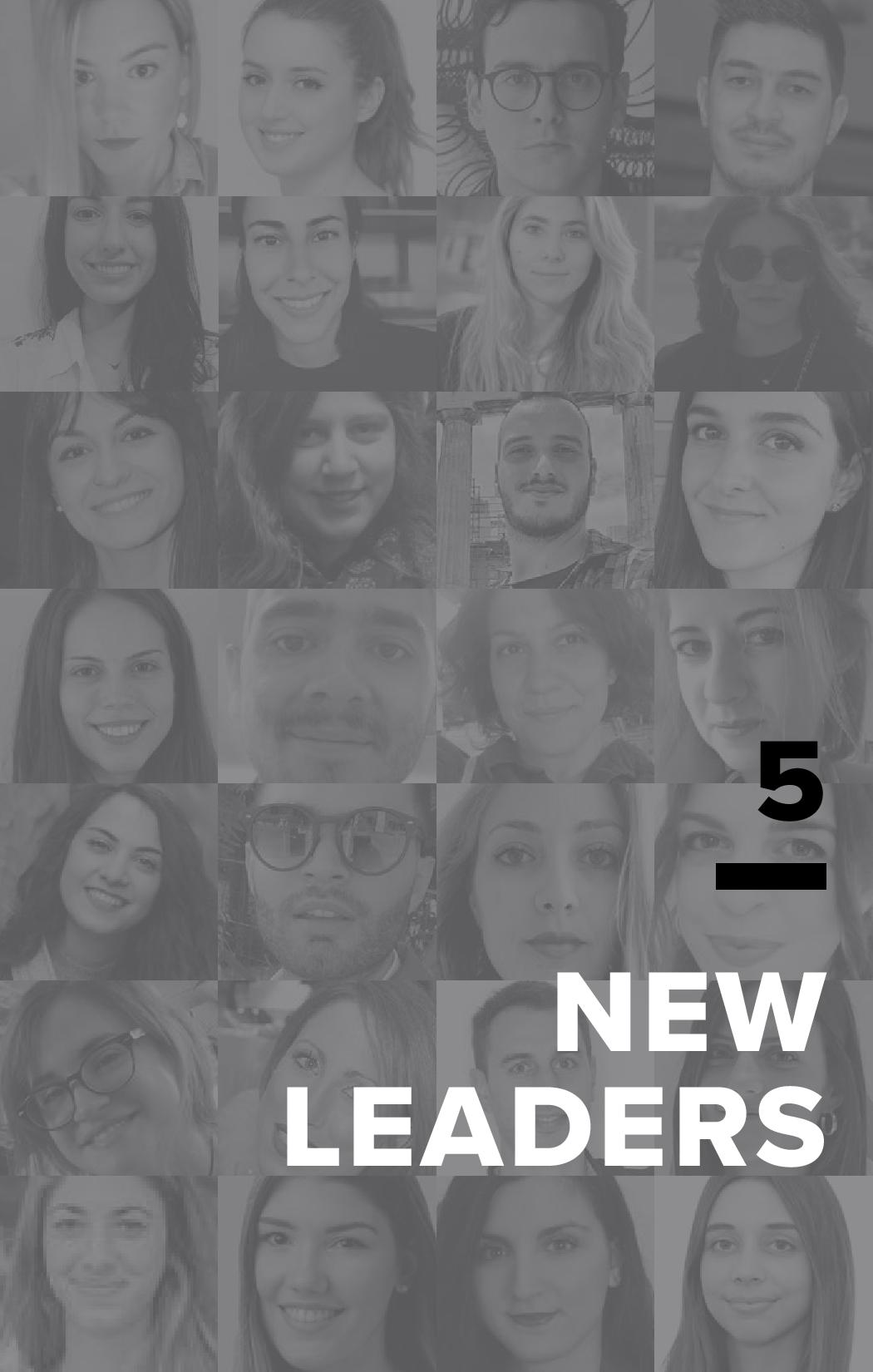 “… having been introduced to the New Leaders, I see it is a great opportunity to mobilize the young generation…”

Investment Banker Louis Loizou has been in London for 19 years, beginning his career there after studies in econometrics, mathematics, and finance at Oxford and the London School of Economics. For the past seven years as a partner he has run Loizou & Co., a boutique management consulting firm.They provide services to the private sector – for example, helping companies expand their international operations – and to governments, including a current project advising the Cyprus Ministry of Finance on the privatization of the Stock Exchange.

Mr. Loizou also contributes to the Hellenic community as chairman of the Hellenic Bankers Association in the UK. While many of his classmates took their math abilities into theoretical physics, he was more interested in connecting his knowledge directly with the real world, addressing the challenges the economy faces through finance and economics. Asked if that is because of a family business background, he said “it is because I find it very fulfilling, especially when I sit down with family owners I am advising, helping them take their businesses to the next level, and particularly advising them on how to engage the next generations in running the companies. I find that extremely rewarding and fulfilling.” He noted that, “Cyprus after independence is now in its third generation of business ownership, and research shows that it is the most critical generation for transferring businesses to the younger family members. The first generation built the business, the second watched what their parents were doing, but the third sometimes finds itself disconnected, or not as strongly motivated to continue,” so they explore the possibilities for selling. It’s not just about numbers, but flesh and blood and emotions and family dynamics – the stuff of great literature, which he loves. “I also read quite a few psychology books, and about how to deal with different personalities.” All these elements contributed to Loizou’s interest in helping Greece and Cyprus move forward through THI’s endeavors.

“Last year, after the wildfire disaster, the way that we viewed THI was that it was one of the most reliable charities outside of Greece for channeling donations, making sure that the money will go to the right places. THI has this good name.” He said that he was also driven to become more involved because “while we have seen THI grow very much in a short period of time, we have not seen the same in London, apart from the wonderful annual gala, but having been introduced to the New Leaders, I see it is a great opportunity to mobilize the young generation, which is the source of much of the passion for contributing to Greece and Cyprus – and we have seen a very good response.” Mr. Loizou was delighted with the kick start networking event at The Orange, a fine restaurant in London, and said, “we are looking forward to speaker series and panel discussions, and to connecting with other New Leader groups around the world, including new chapters that can be formed in Europe.”