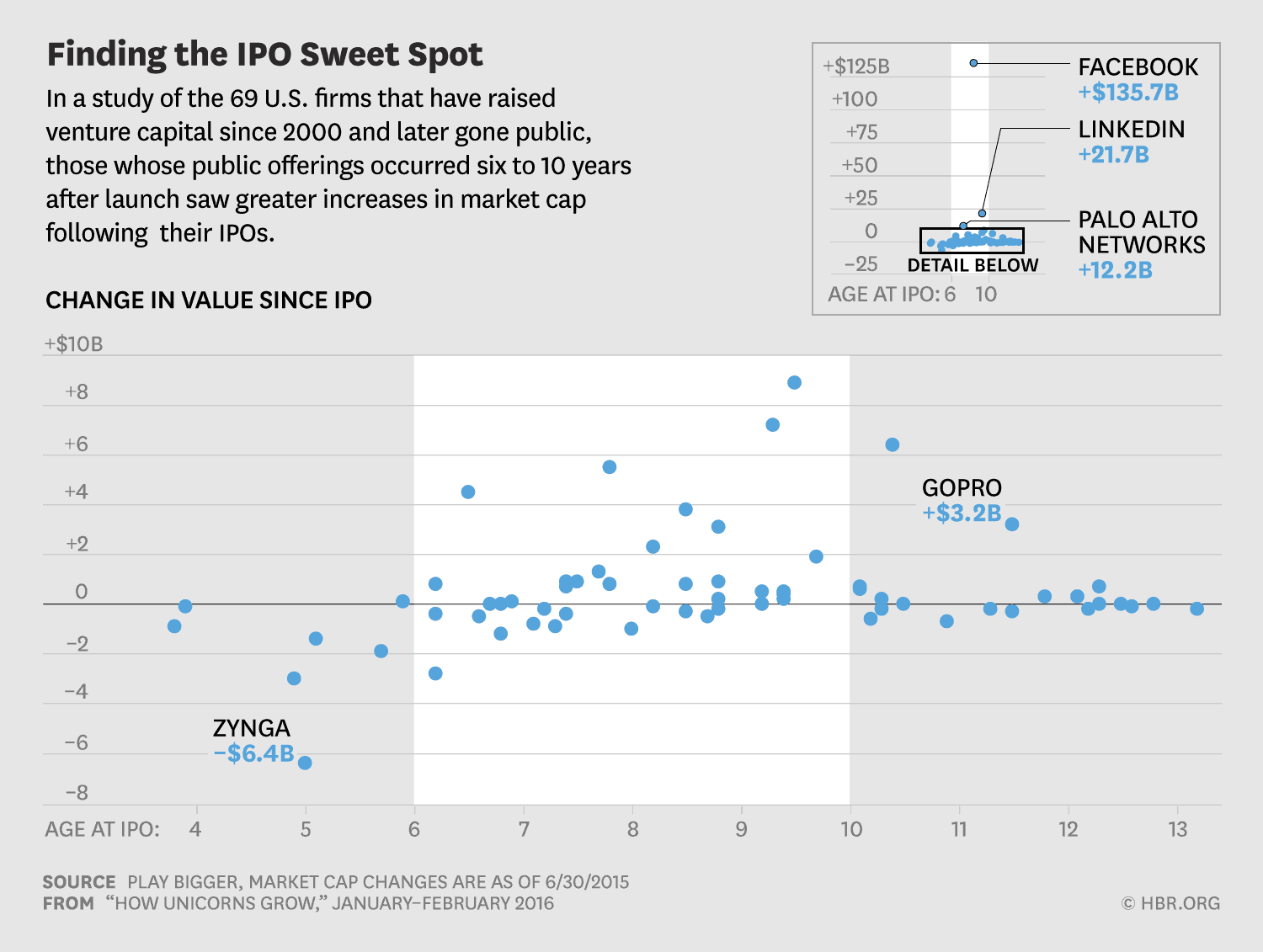 30 May How Unicorns Grow: Finding the IPO Sweet Spot

Posted at 19:26h in Capital Raising, Investment Banking by adminstage
1 Like

“Get big fast” has been a start-up mantra since the 1990s. Many VCs try to grow their companies quickly in order to raise as much capital as possible; having a cash hoard, the thinking goes, gives a start-up greater flexibility and more power to fend off potential rivals.

In a study of the 69 U.S. firms that have raised venture capital since 2000 and later gone public, those whose public offerings occurred six to 10 years after launch saw greater increases in market cap following their IPOs.

Tech start-ups are in a race to define new product categories, and the pace has quickened. Simply raising more money isn’t enough to win that race—and going public too soon or too late may limit long-term success. Even for unicorns, the path forward can be a challenge.

FROM: How Unicorns Grow