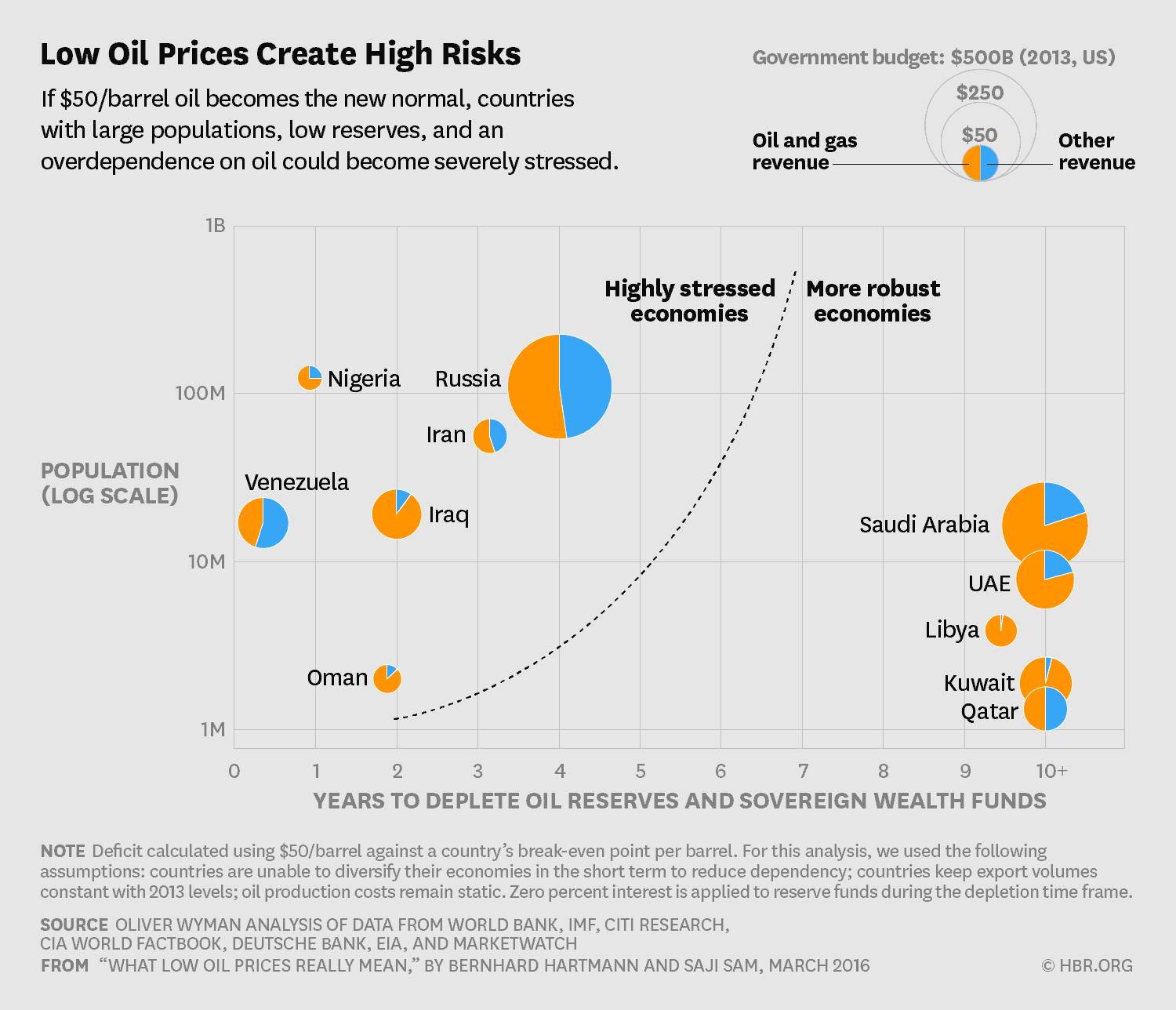 If $50/barrel oil becomes the new normal, countries with large populations, low reserves, and an overdependence on oil could become severely stressed. Chart shows population (log scale) and years to deplete oil reserves and sovereign wealth funds. Deficit is calculated using $50/barrel against a country’s break-even point per barrel. For this analysis, we used the following assumptions: countries are unable to diversify their economies in the short term to reduce dependency; countries keep export volumes constant with 2013 levels; oil production costs remain static. Zero percent interest is applied to reserve funds during the depletion time frame.