How the Market Rewards Disruptors 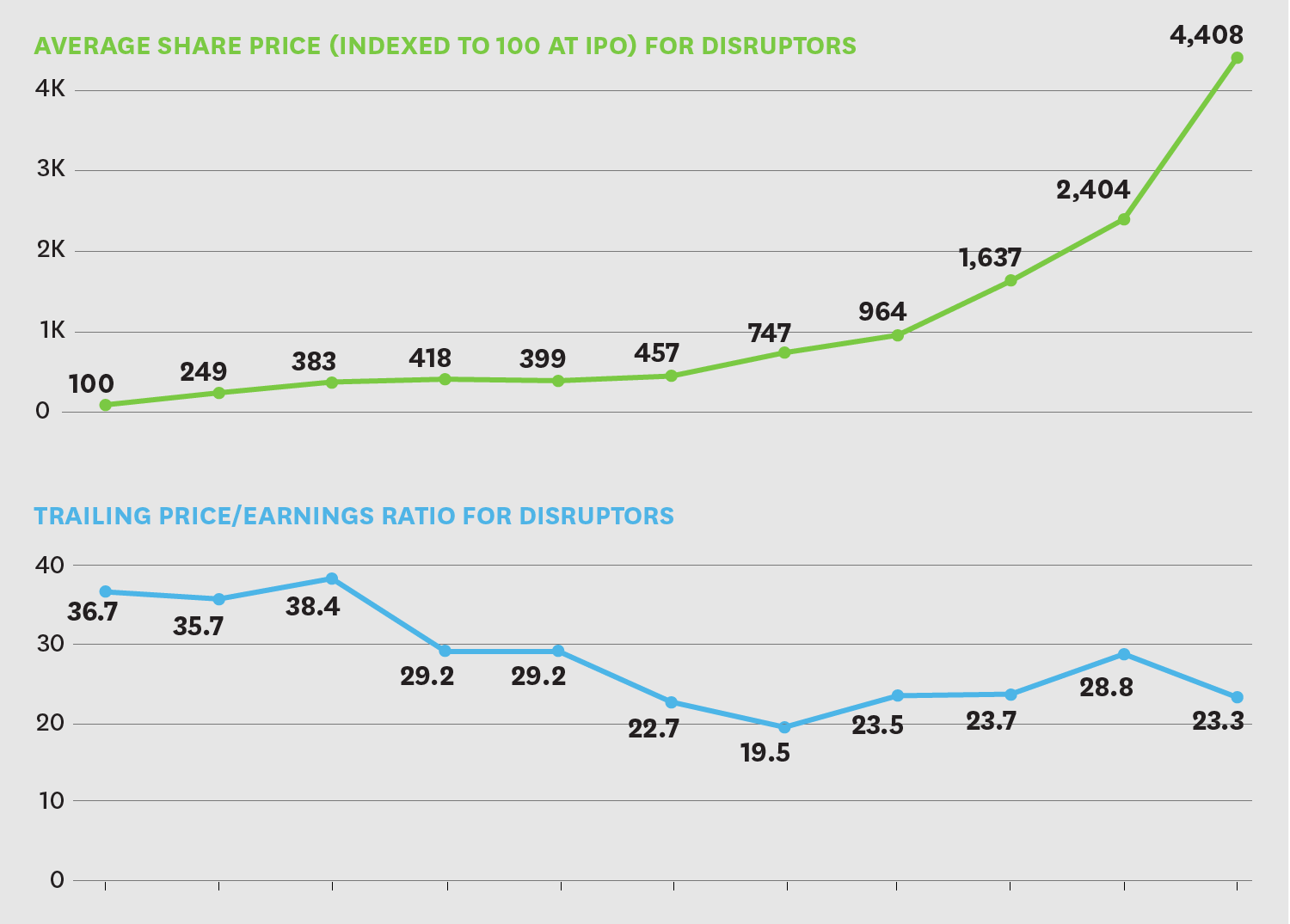 07 Jun How the Market Rewards Disruptors

Posted at 19:55h in M&A and Strategic Advisory by adminstage
0 Likes

The stacks of M&A literature are littered with warnings about paying too much, and for good reason. Many an executive has been caught up in deal fever and paid more for an LBM deal than could be justified by cost synergies. For that kind of deal, it’s crucial to determine the target’s worth by calculating the impact on profits from the acquisition. If an acquirer pays less than that, the stock price will increase, but only to a slightly higher plateau, with a gentle upward slope representing the company’s weighted-average cost of capital, which for most firms is about 8%.

In contrast, consider the exhibit “How the Market Rewards Disruptors,” which charts the average earnings multiple of 37 companies we’ve determined to be disruptive in the 10 years after they went public. Annual P/E ratios for this group are far higher than historical levels, leading analysts to believe their shares were overpriced. Yet investors who purchased at the time of the IPO and held the stock for 10 years realized an astounding 46% annual return, indicating that the shares were persistently underpriced, even at these “high” multiples.

FROM
The Big Idea: The New M&A Playbook